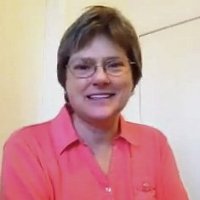 Dr Carol Beuchat is a vertebrate biologist with broad expertise and research experience that encompasses physiology, ecology, behavior, and evolution of every vertebrate group except fishes (mammals, birds, reptiles, and amphibians).  She has over 30 years of experience working in both the field and the laboratory, asking questions about the interactions of animals with their environment and the mechanisms they use to cope with particular physiological challenges.  Her background in comparative biology and an interest in the biology of dogs motivated the formation of the Institute of Canine Biology as a means of bringing scientists studying various aspects of canine biology together with the dog breeders and owners who have vast collective experience and knowledge of dogs. The increasing number of genetic disorders in dogs are a huge concern for breeders, who lack the tools and resources to address these problems.  At the same time, there is a revolution in genetic research fueled by the discovery of the dog as a model animal in which to study genetic disease in humans.  The possibilities for fruitful interaction between the scientists and the dog breeders and owners are potentially endless.

Carol sits on the Board of the Mongolian Bankhar Dog Project, and she is a member of the Species Survival Commission of the Conservation Breeding Specialist Group (CBSG) at the International Union for Conservation of Nature (IUCN).  She has an English Springer Spaniel from Finland named Finn.

Beuchat, C.A. and C.R. Chong.  1998.  Hyperglycemia in hummingbirds and its consequences for hemoglobin glycation.  Comparative Biochemistry and Physiology 120A: 409-416.