THE BASICS OF EBVs

Examples of EBVs for hips
These are graphs of estimated breeding values for hips for two breeds, Bearded Collie and Bloodhound. Better than average breeding values are negative, positive EBVs are worse. So if breeders are selecting for better hips, the EBV scores - the breed average of the "value" of the GENES for hips  - should decrease over time as for Bearded Collies. The other graphs shows that EBVs for hips have actually gotten worse over the last 30 years, and there are fluctuations but no steady improvement at least up to 2007 (the last year of data).

EBV scores are calculated relative to the breed average, and these scores will change when more information is added to the database. Also the accuracy will improve as additional related dogs (especially progeny) are added.

Hip dysplasia has a heritability of about 20%, which means that 80% of the variation among dogs is influenced by the "environment" (which includes anything that is NOT genetic) - nutrition of the mother, how much exercise the puppy got, what substrate is in the kennel - ANYTHING that could influence the quality of the hip. So a dog might not have great hips, but if it has a low EBV for hips, that tells you that it has good GENES for hips.
If you pull up the records for specific dogs, this is what you would see - 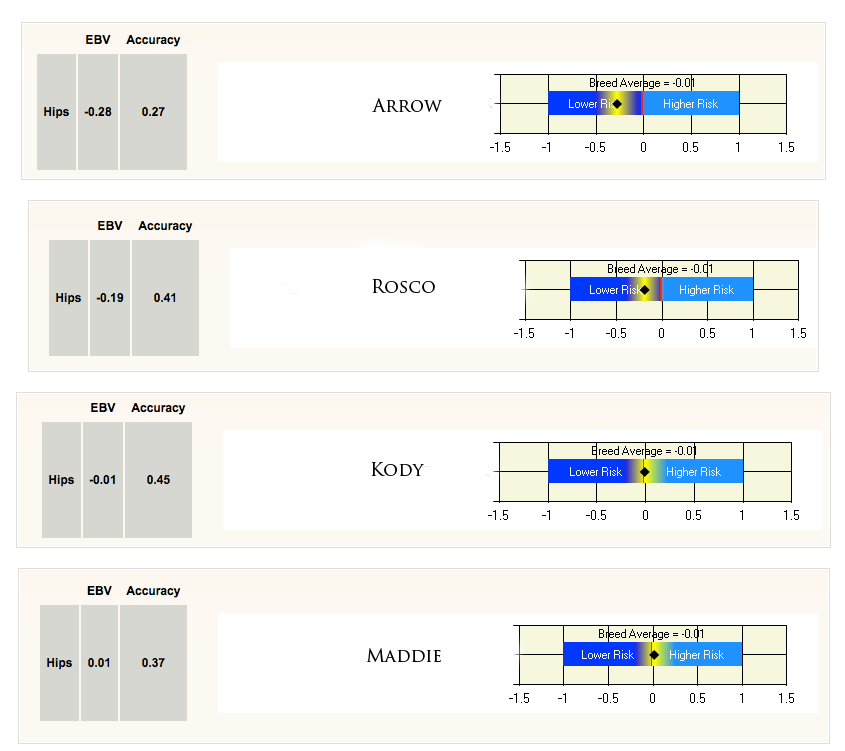 How to use EBVs to evaluate a test mating
Pick the dogs you're interested in, and "mate compare" uses the EBVs for those two dogs to predict the EBV of the puppies. 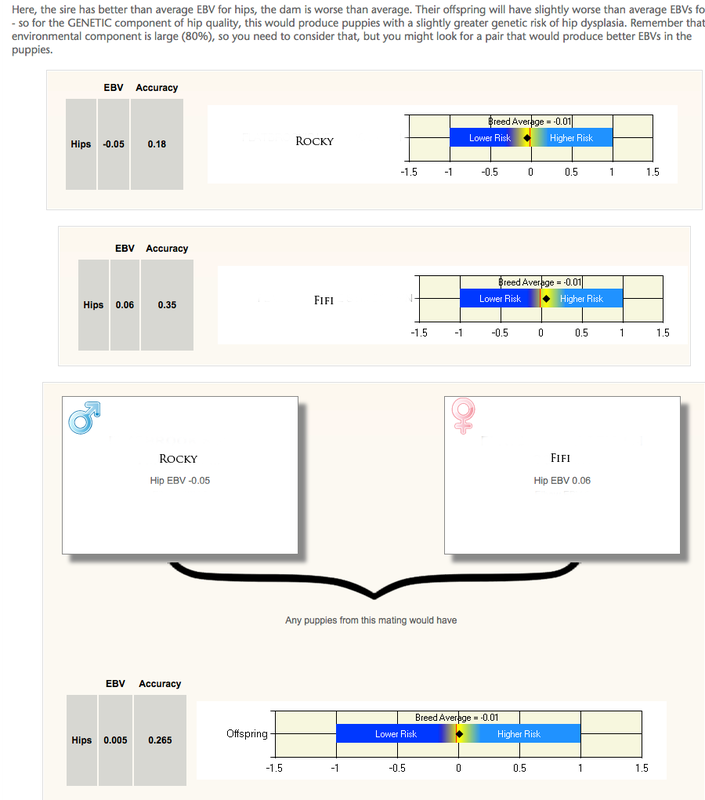 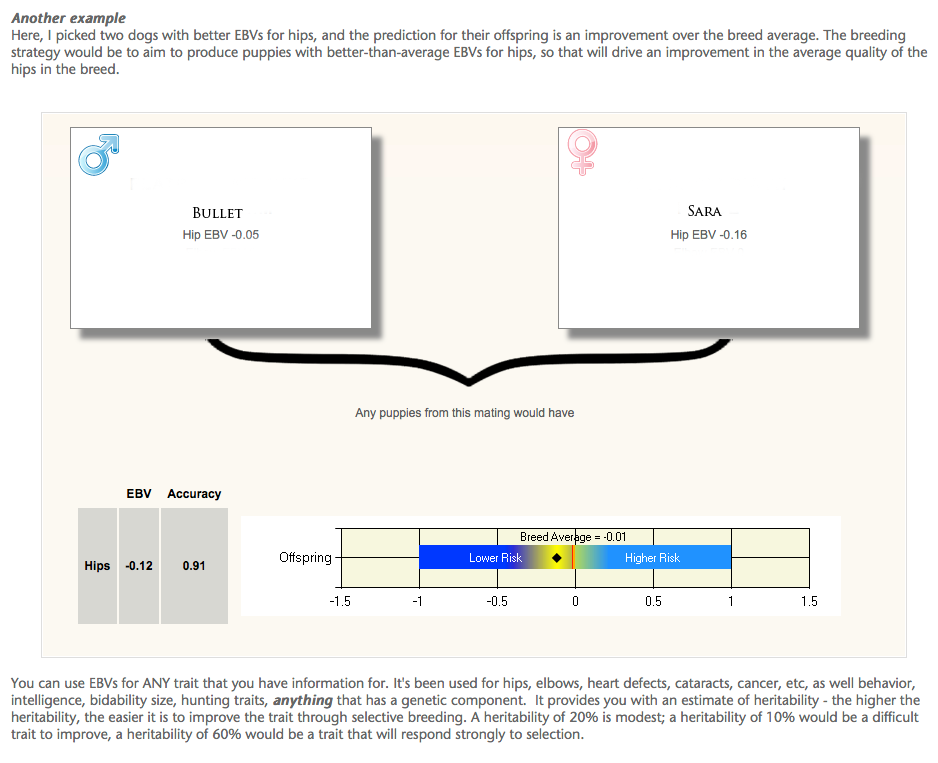 You can use the data available now for hips and elbows (from OFA's public records) if they're available for your breed. The data only include dogs born up to about 2009; these will need to be updated to evaluate younger dogs.  But in the meantime, you can visit the Cornell EBV website and play around with some test matings.

This is the link to the Cornell EBV website -
http://www.vet.cornell.edu/research/bvhip/

Just register then you can browse the database.