Data from -
This study represents data for 350,000 insured dogs in Sweden from 1995-2000.  Proportional mortality was calculated by diagnostic categories for each breed as the number of deaths in each category divided by all deaths for that breed and expressed as a percentage.

"Common" in the graphs represents the combined data for the 10 most common breeds in the data (which as far as I can tell they did not specify). 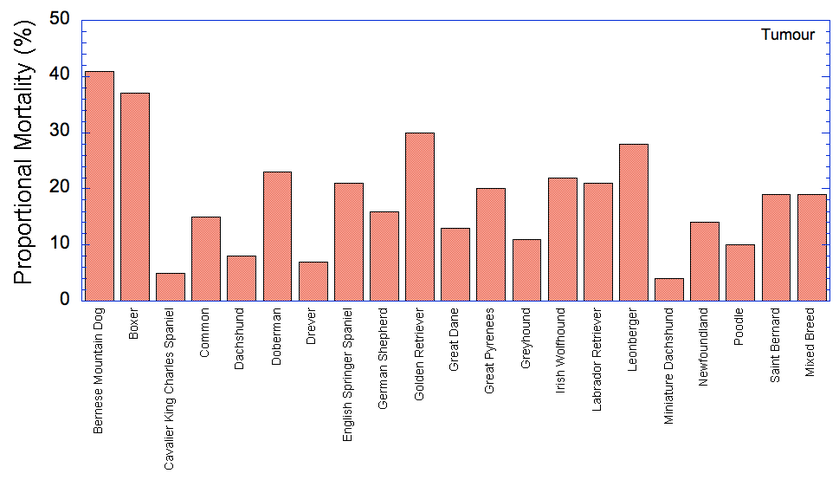 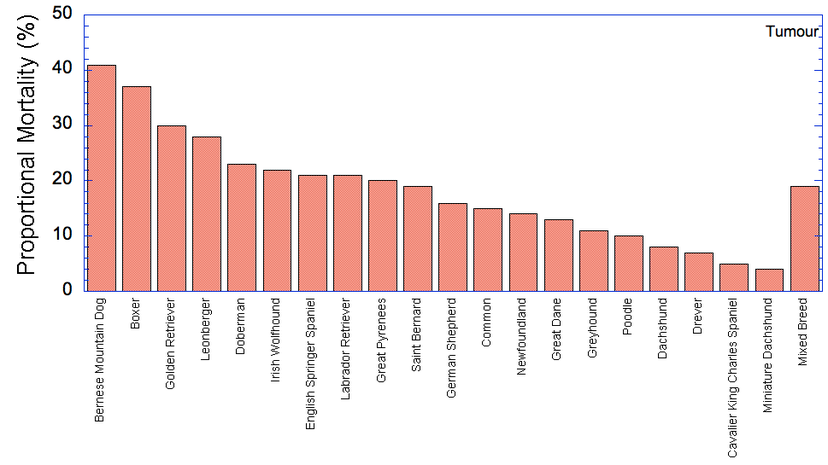 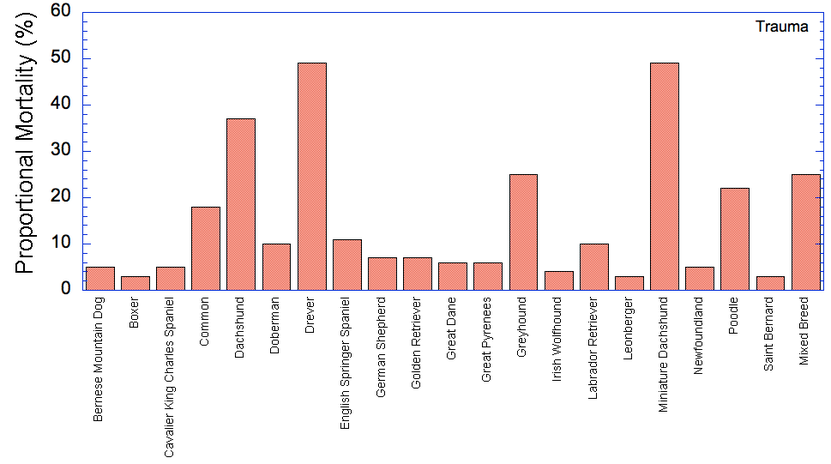 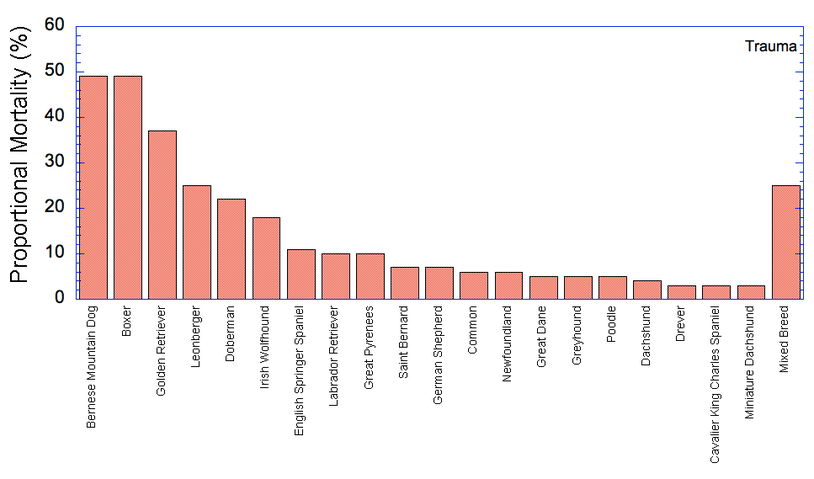 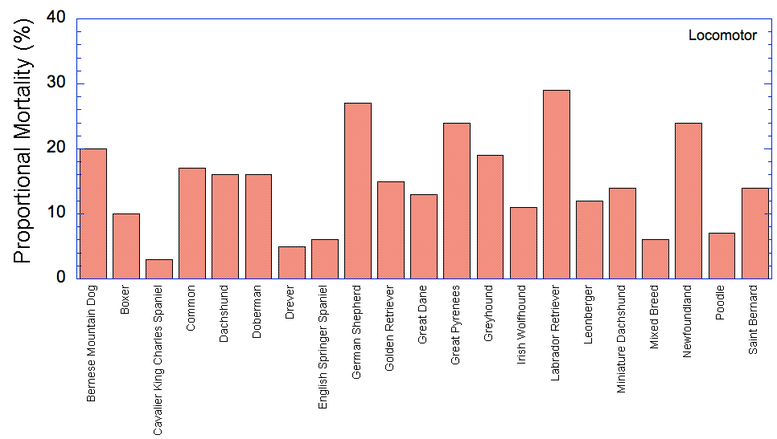 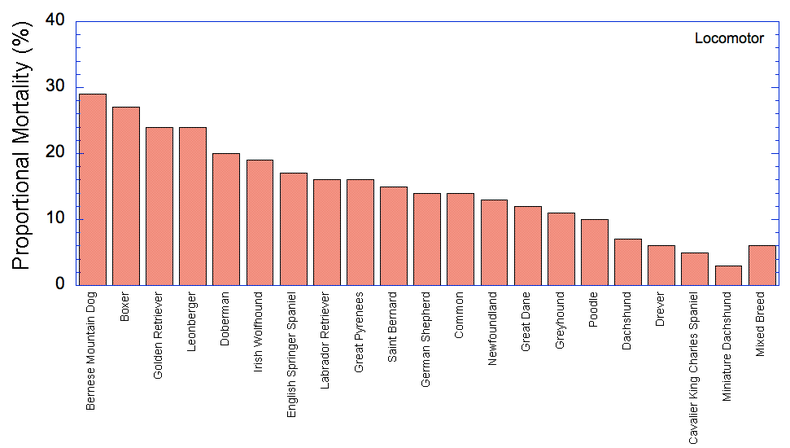 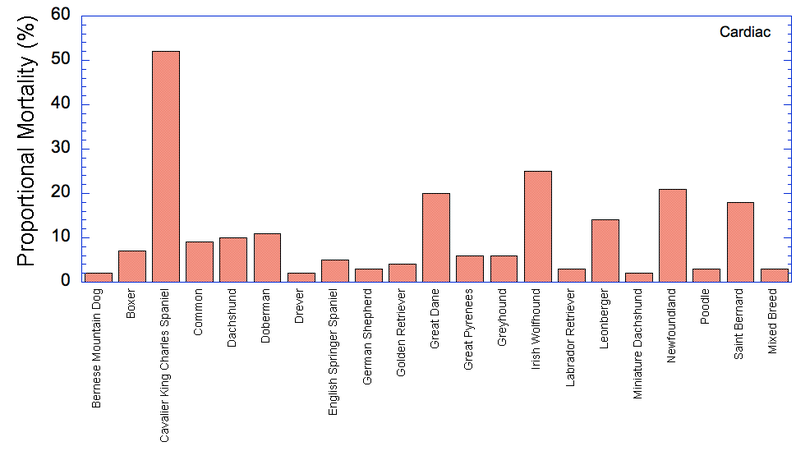 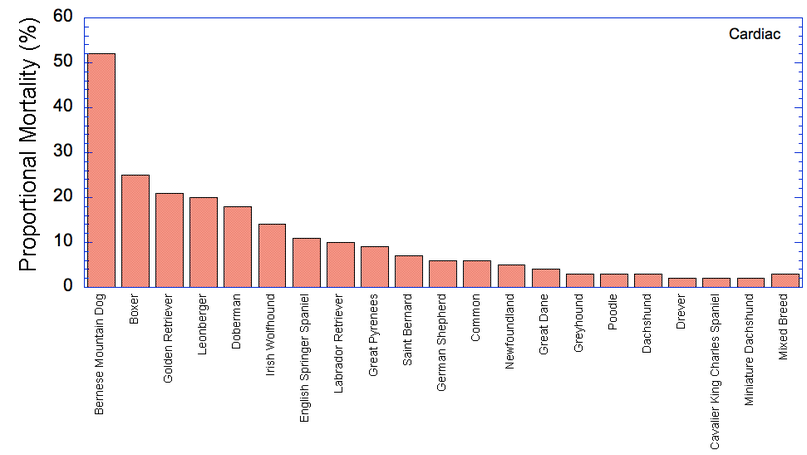 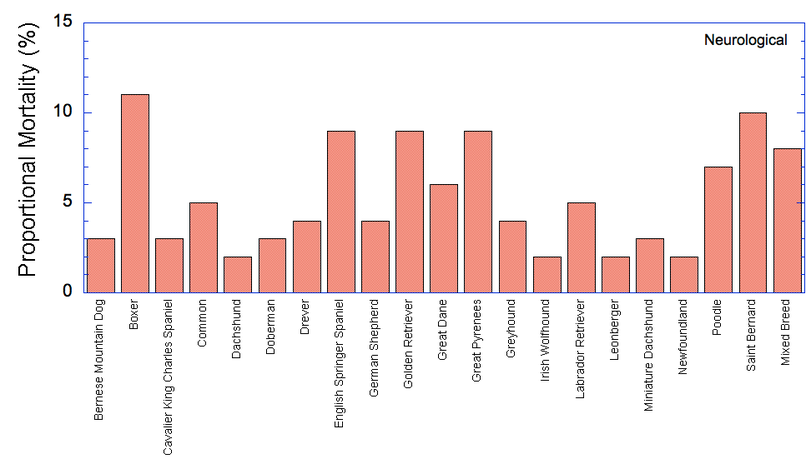 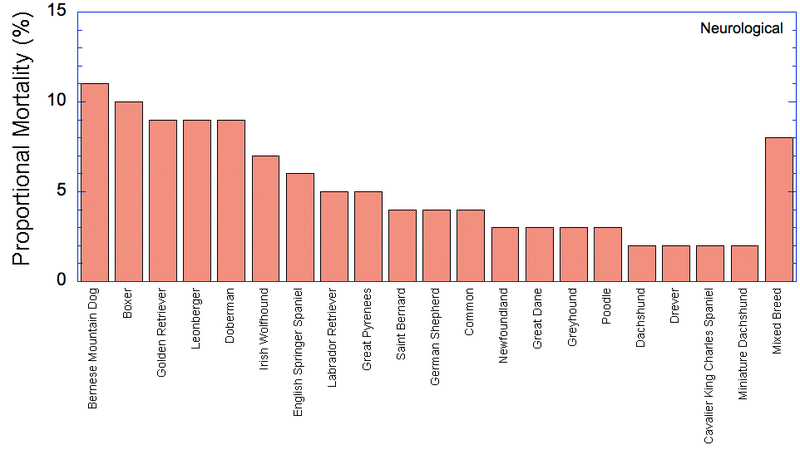 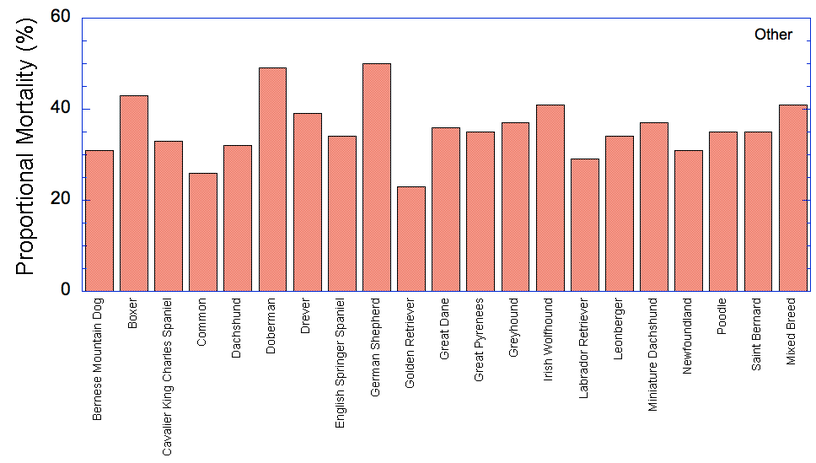 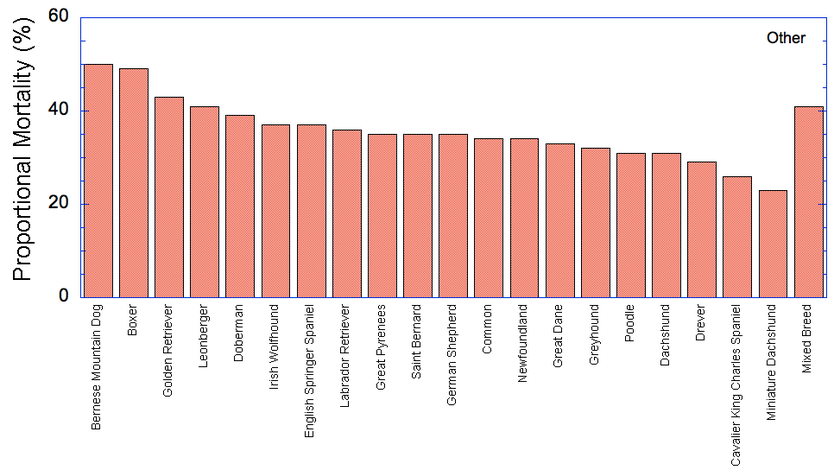