Westies were split from Scotties and Cairns, so the "first" generation of Westie data assumes unrelated founders when of course they weren't. Also, there is lots of missing parent data in the early years, so there will be a large overestimation of the number of founders and subsequent generations will underestimate the true COI by whatever the "actual" level of breeding was in the Westies declared as founders.

There is LOTS of missing data for parents (about 24,700 dogs missing at least Sire ID). Missing data will result in UNDERESTIMATES of inbreeding coefficient. From the data for the "current" population (2007-2014), it looks like about half the population has COI > 12.5% (half-sib parents).

There are at least 80+ generations in the pedigree database, with 82,900 dogs.

It would appear there are significant bottlenecks as in other breeds, in the 1920s and again around WWII, but much less marked than the Cairn and Scottie (in the UK at least, where population size was less than the other two breeds until after WWII). 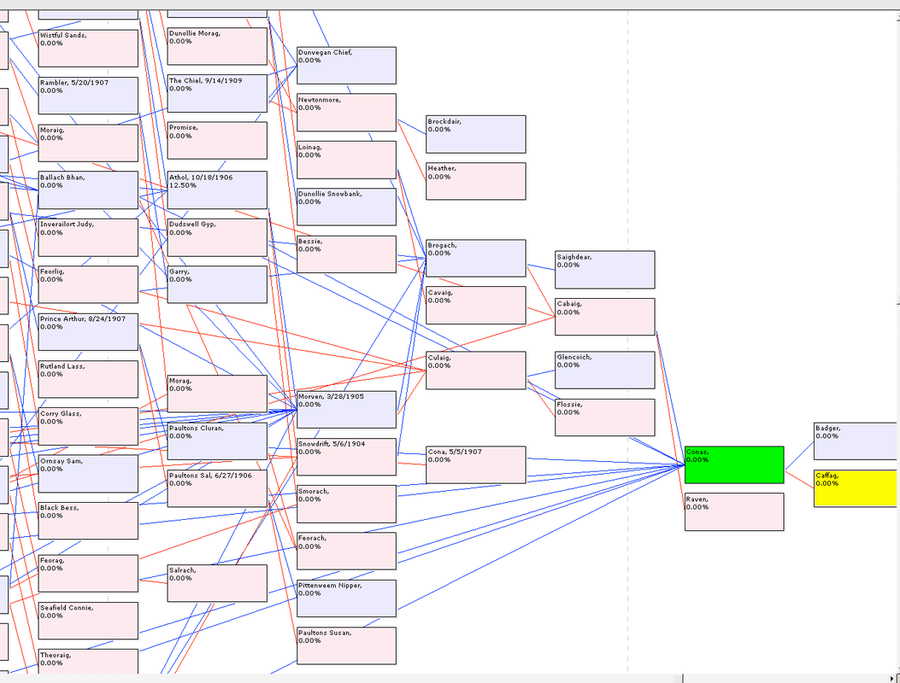 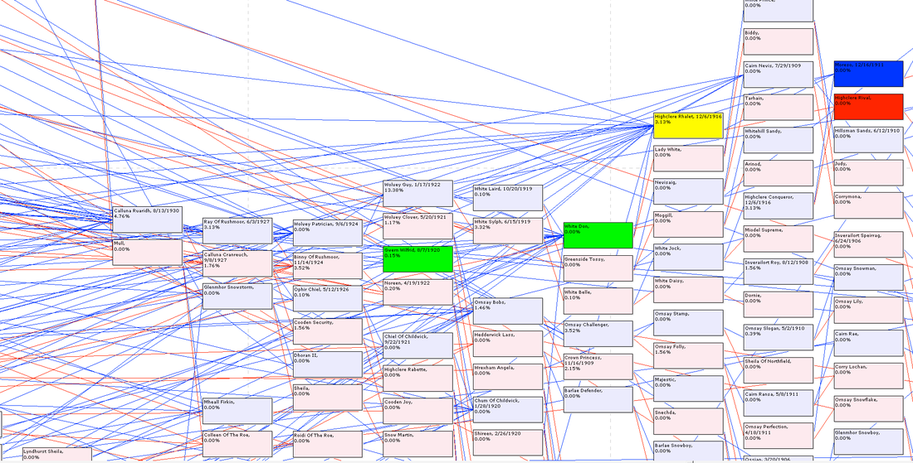