Data from -
About these data:
These data are from incidence reports from veterinary practices in the UK in the early 1960's.  There is no information about the proportion of a breed that might be affected by any disorder.  "All conditions listed in the schedules attached to the report are believed to have some possible hereditary factor or factors, and many are known to be definitely hereditary.  The incidence of these conditions is markedly high in certain breeds, but it may be argued with reason that more specimens of the popular breeds were seen, and it would be necessary to equalize the number of dogs from different breeds before a just conclusion could be reached.  For this reason, it must be stressed that the investigation was designed to show the existence and prevalence of abnormalities, rather than their incidence in a particular breed.  It follows that a more accurate estimate of the situation could be reached by considering which breeds appear to be afflicted by the various abnormal conditions, rather than by relating the number of animals so affected in one breed to those in another." 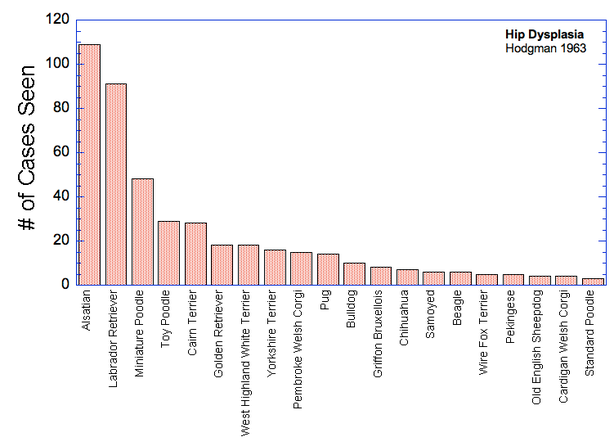 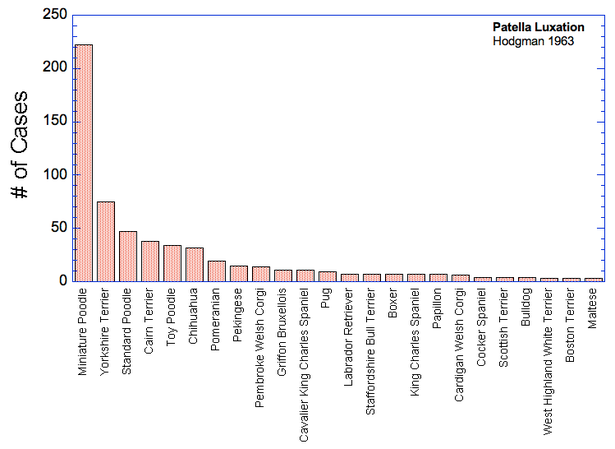 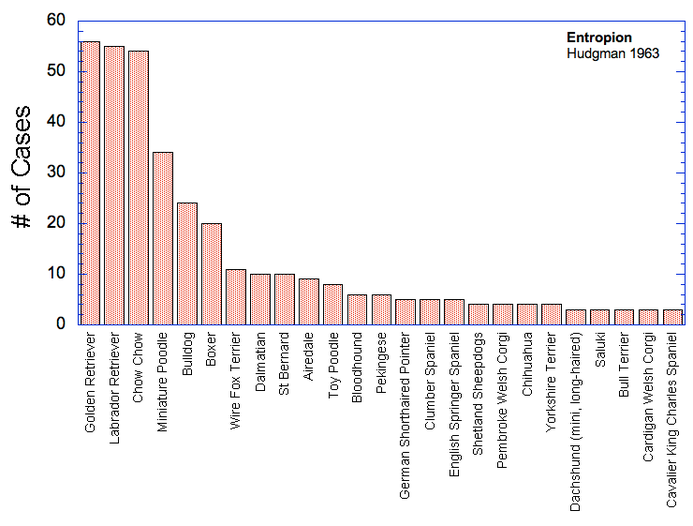 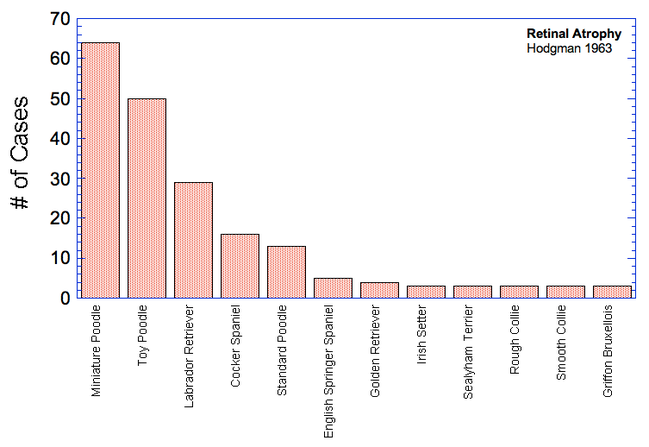 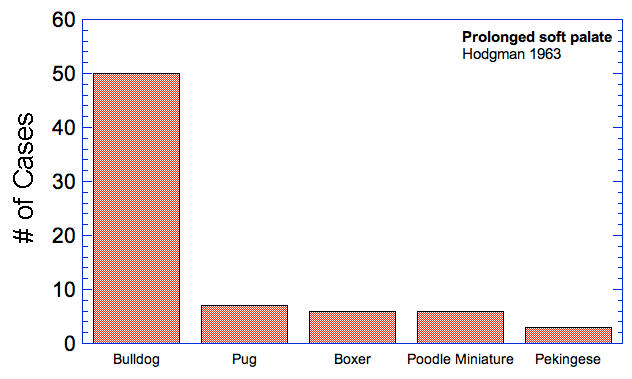 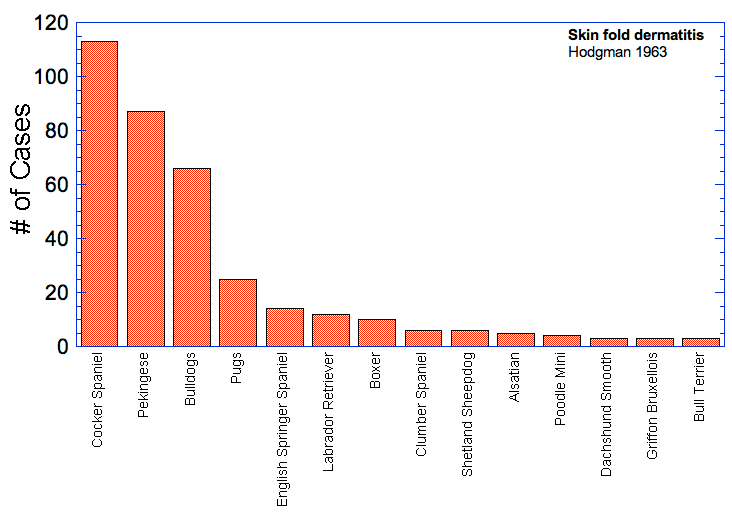 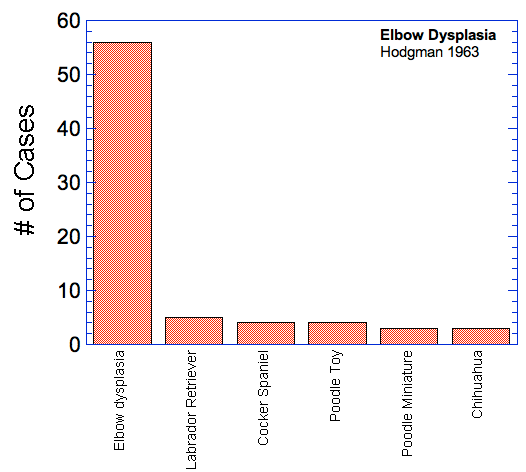 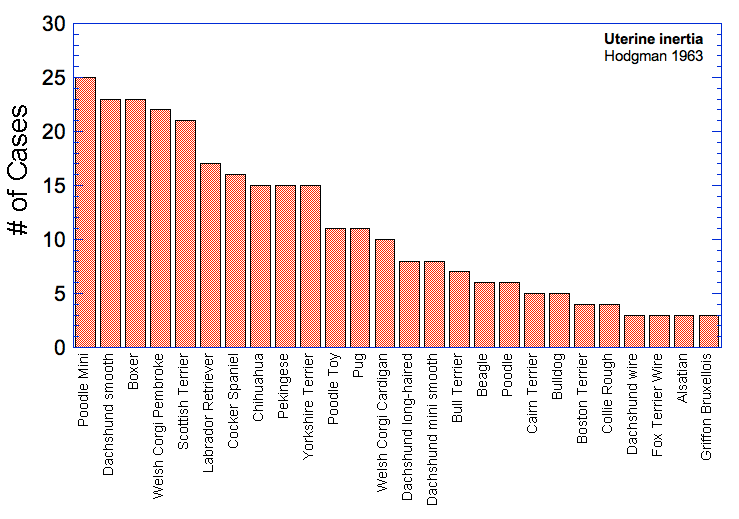 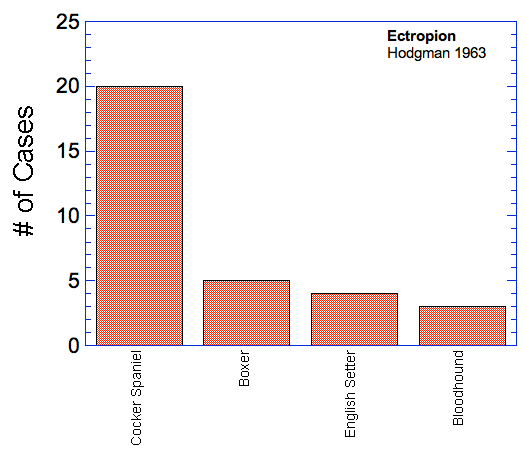 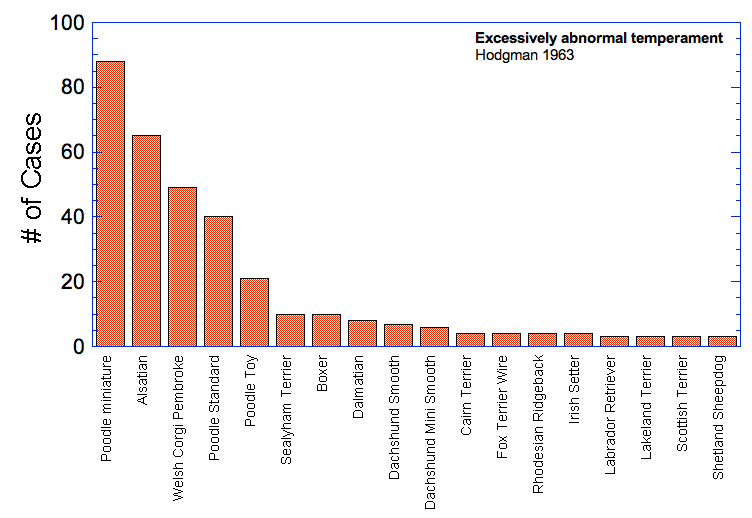 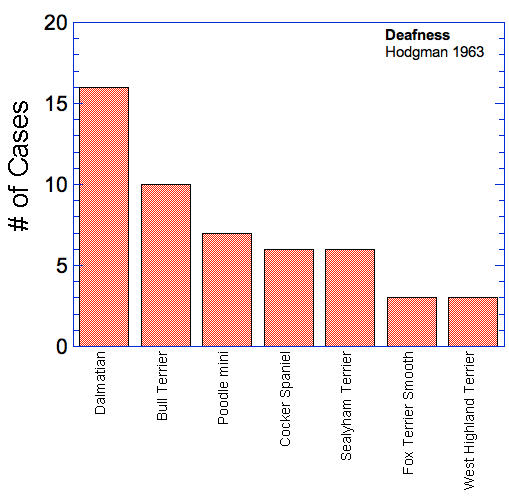 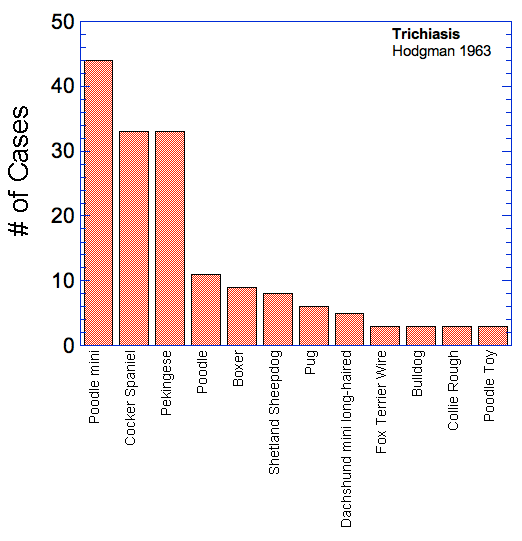