There are additional analyses of the PWDCA database HERE.
Some of the data below (indicated) are from the 2015 genetic analyses produced by the UK Kennel Club. You can download the document for PWD as well as the publication that goes with it.

Number of dogs produced per year
Based on the PWDCA Litter and Health database as of 27 Dec 2014, population growth started in about 1980 and has steadily increased until 2010 Figure 1). From 2011 to 2014, the number of dogs produced per year has been dropping dramatically. Updated data are needed to know if this trend continues. This rapid drop in registrations is a red flag - if fewer dogs are being produced, it's likely that there are fewer breeding; and if some of those dogs get a disproportionate share in the next generation, it will produce a bottleneck. (Read about the effects of boom-and-bust changes in population sizes here.)

The database of the UK Kennel Club shows a (slow) increase in the number of registrations per year, but only since about 2010 have they surpassed 100/yr .

FIGURE 3: These data are from the UK Kennel Club study published in 2015 (copies for download above).
​
​You can read more about the importance of effective population size HERE (Vulnerable breeds: how small is too small?) and HERE (A broader view of extinction risk of dog breeds in the UK). You can also read about the growing concern about small effective population sizes for the preservation of dog breeds (A call for preservation breeding). 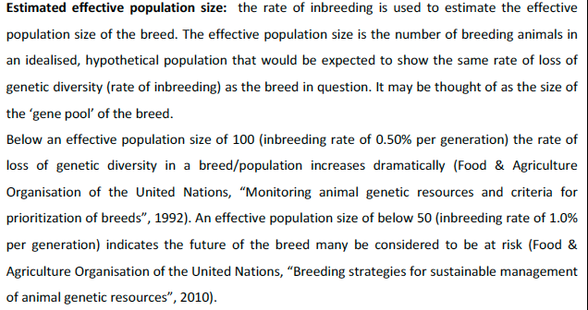 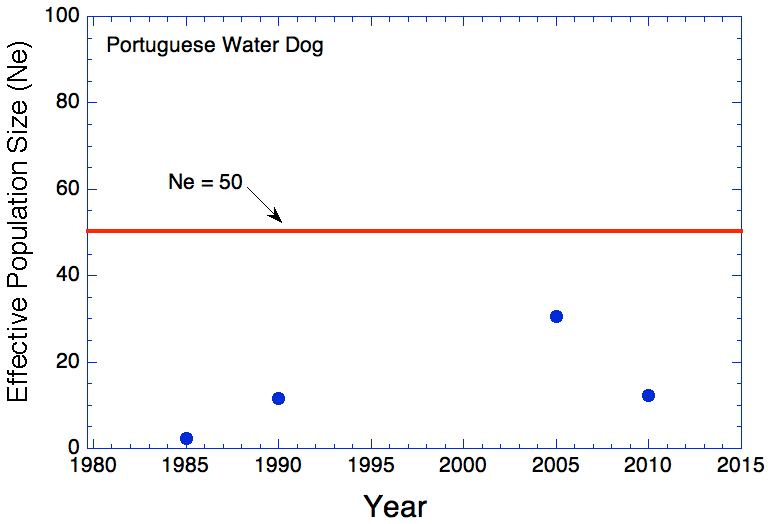 Data from MyDogDNA (MDD) for heterozygosity and population structure of PWD.
​
FIGURE 6: Genetic variation within and between closely related breeds (from MDD). The explanation is below the chart. 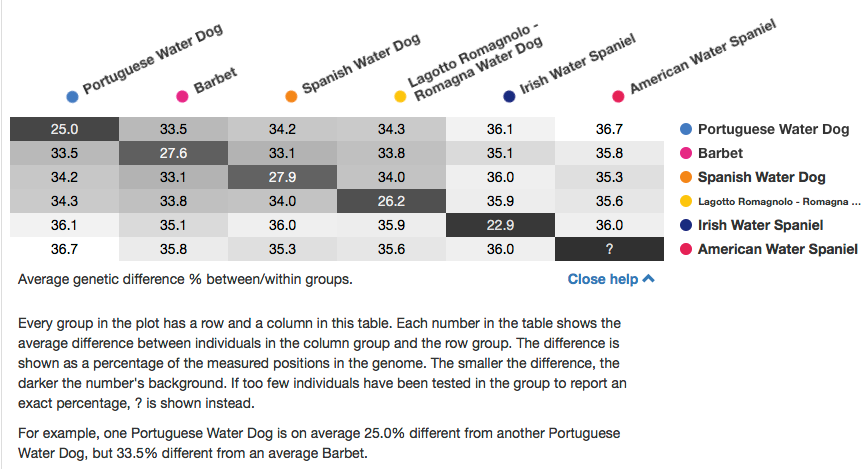 Number of offspring per sire
It is recommended (e.g., by the Finnish KC and others) that no dog should produce more puppies than 5% of the total number produced over 1 generation, which is usually 4-5 years (The UK KC reported 4.76 yrs based on the information in their database for years 1980-2014). (See the description of the recommendation below.) If the population was producing 600/year (the last data point in Figure 1), in 5 years that would be 3,000 dogs; 5% of that would be 150. It looks like the number of dogs being produced is dropping rapidly; if we make the total over 5 years half what it would be if breeding was steady (so one half of 3,000, or 1,500), then a sire's lifetime breeding allowance would be 75. Again, we need the up-to-date information to produce better numbers for this.

​FIGURE 8: Number of offspring produced by an individual dog. 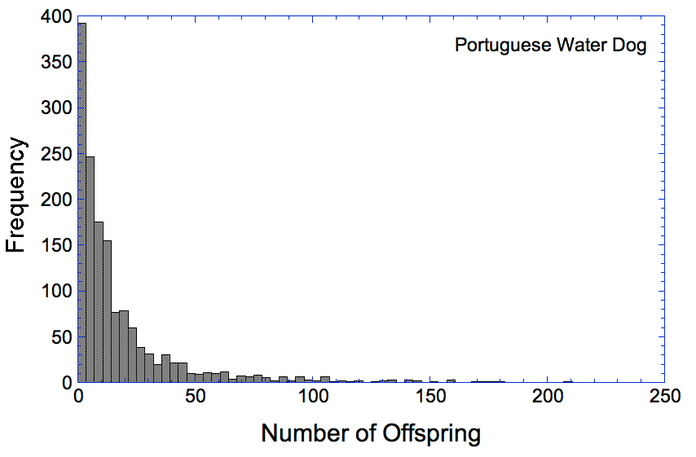