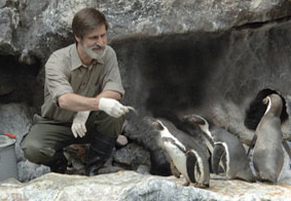 Dr Robert C. Lacy is a Senior Conservation Scientist for the Chicago Zoological Society, and he is on the faculty of the Committee on Evolutionary Biology at University of Chicago. He has served as Chair of the IUCN/SSC Conservation Breeding Specialist Group (2003-2011), and he was Chair of an IUCN Species Conservation Planning Task Force that developed a new framework for strategic planning for species conservation. He was trained in evolutionary biology, ecology, and genetics (PhD, Cornell University), and he has published papers in evolutionary theory, genetics, population ecology, taxonomy, behavior, physiology, conservation, and wildlife management. He helped to develop the pedigree analysis methods used for the management of captive populations, and he developed the software used around the world to guide the genetic management of breeding programs in zoos (PMx). The population viability analysis software that he developed (Vortex) is used by conservationists, wildlife managers, researchers, and students throughout the world to help guide species risk assessments and conservation planning. He is the recipent of the George B Rabb Award for Conservation Innovation from the IUCN Species Survival Commission and the Ulysses S Seal Award for Innovation in Conservation from the IUCN SSC Conservation Breeding Specialist Group.  Bob has a Nova Scotia Duck Tolling Retriever, a Toller cross, and a wonderful representative of an All American dog.